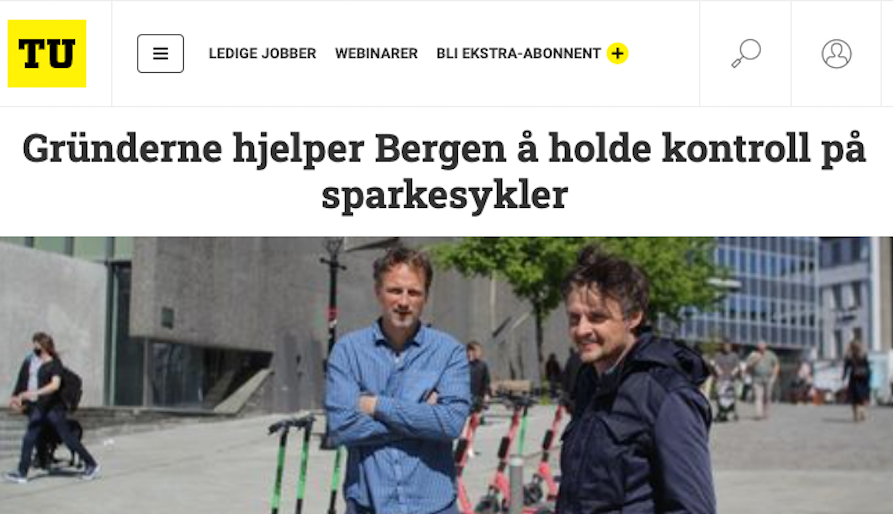 ‍Sophisticated control. That’s how the leading Norwegian engineering magazine Teknisk Ukeblad (TU) featured our Nivel Regulator early this summer. With their story they managed going into the deep tech of our tool. We will point out the most important information.
‍

Regulating e-scooters improves the use of public spaces in cities. With the Nivel Regulator, we provide a tool that allows cities to create dynamic rules for the use of micromobility in certain zones and pass them directly to the scooter operators, digitally. As an example the city can establish and adjust slow-speed zones, designated parking areas - and no-go and no-park zones.

The key element is a dynamic fee for the use of public spaces and streets. The fee is calculated every minute based on the utilisation of the scooters. This incentivise scooter operators to not overcrowd hotspots, as outside the train station or at the town square. As a result, the scooters are distributed better throughout the city. The fee serves to regulate the market. Thereby, scooters may also be incentivised as a supplement to public transport, and to ensure that they are ready for use in the right place.
‍

Like reported in TU, the city of Bergen is already benefiting from the Nivel Regulator. Lars Ove Kvalbein, of the Urban Environment Agency Bergen, reports that the tool solves many problems in the municipality and enables new and data-driven mobility to be addressed in a more sophisticated and dynamic way. Kvalbein tells the magazine that it is a problem that regulation is always lagging behind technological development. He acknowledged that "[...] the tool from Nivel makes it possible to respond quickly to changes that come along the way."

In addition, our Poor Parking App can be used by the public as well as by parking guards to report parking violations. The reports are forwarded to the relevant operators directly via the app, who must respond to the problem.

-> Check out the full story from TU.no, machine translated by Google